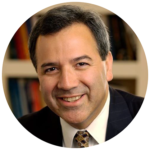 Louis Caldera is the co-founder and senior advisor to the Presidents’ Alliance. He serves as a distinguished adjunct professor of law and senior affiliate in the program of law and government at American University. His public policy and higher education administration experience includes serving as a California legislator, as president of the University of New Mexico, and as Secretary of the Army in the Clinton administration. 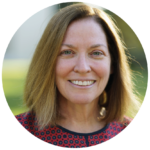 Miriam Feldblum is the co-founder and executive director of the Presidents’ Alliance. Miriam has over 25 years of experience in higher education administration, student support, and in teaching and research of immigration policy, politics and higher education. She previously served as vice president for student affairs/dean of students and professor of politics at Pomona College, as special assistant to the president at Caltech and senior director for academic support and planning, and is a non-resident fellow at the Migration Policy Institute. 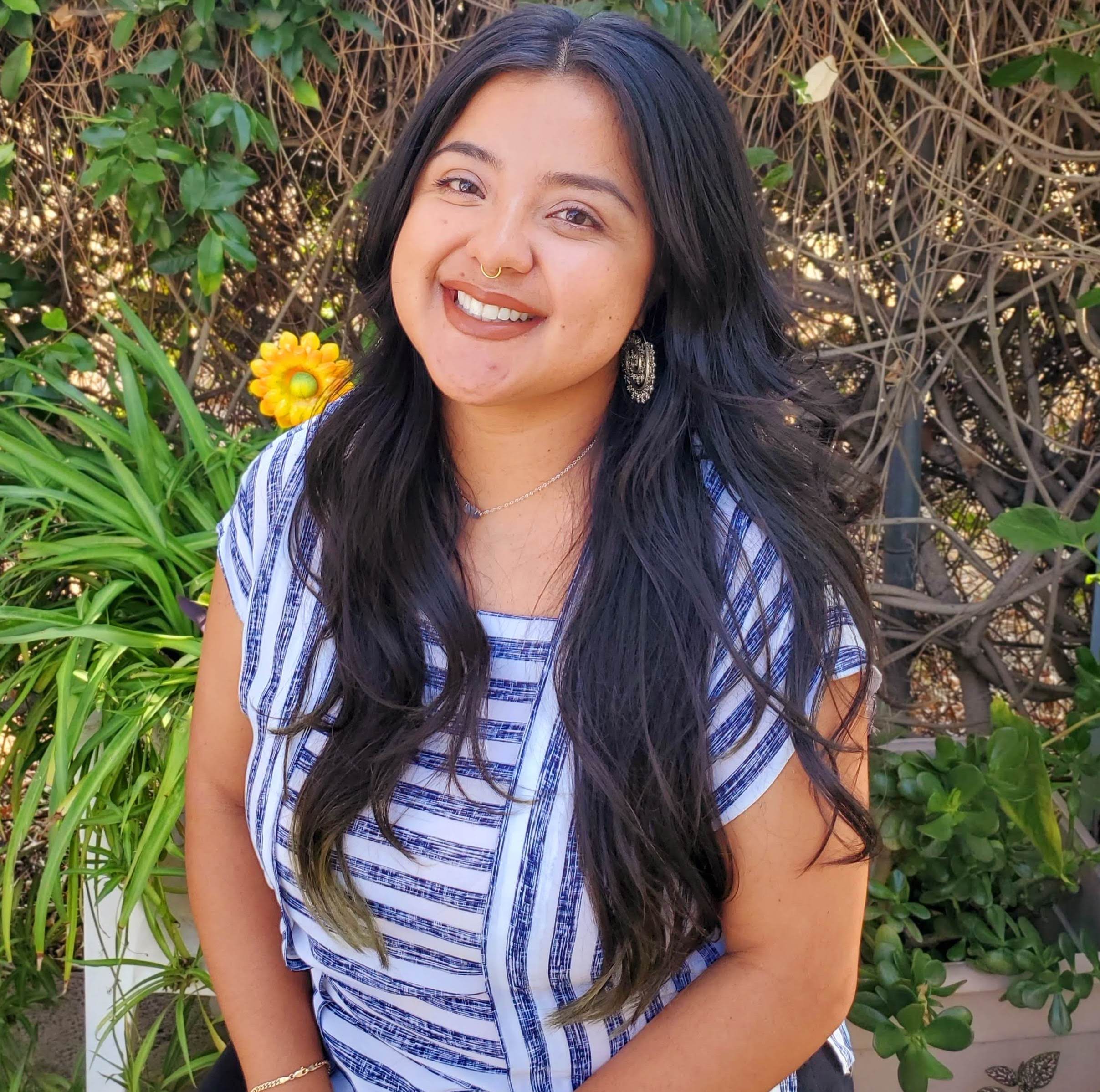 Luz Bertadillo Rodriguez serves as the Project Manager for the State and Campus Policy Initiatives. She has over 8 years of experience working in the k-12 educational system, college access non-profit sector, and higher education immigrant student affairs. She started her career working with students in Undocumented Student Programs in California and New York. More recently, her professional and personal work has revolved around merging mental wellness and immigration through the founding of the UndocuChats Collective. Luz holds an AA and BA in Psychology from Mt. San Antonio College and UC Berkeley and a MSW from Columbia University. 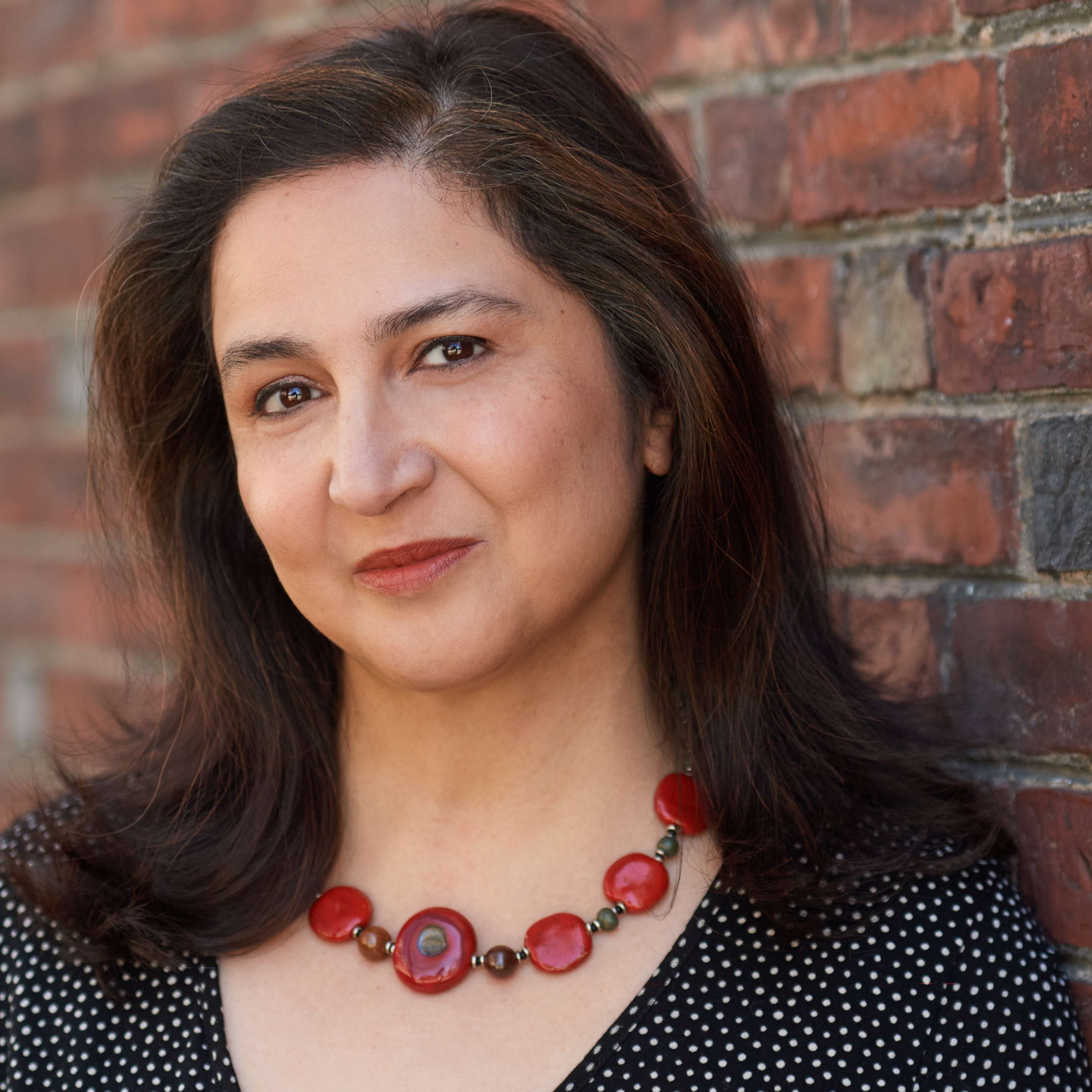 Rajika Bhandari is a Senior Advisor for the Higher Ed Immigration Portal. Dr. Bhandari is an international higher education expert and a scholar-practitioner with over 25 years of experience in student mobility research and data-driven insights; monitoring, evaluation, and impact studies of international education programs; and shaping thought leadership strategy in the nonprofit, private and higher education sectors. Dr. Bhandari served as the President & CEO of the IC3 Institute and previously held senior roles at the Institute of International Education (IIE) for over a decade where she led IIE’s research, evaluation and thought leadership portfolio. A frequent speaker on international student issues and a widely published author, her recently published book is America Calling: A Foreign Student in a Country of Possibility. 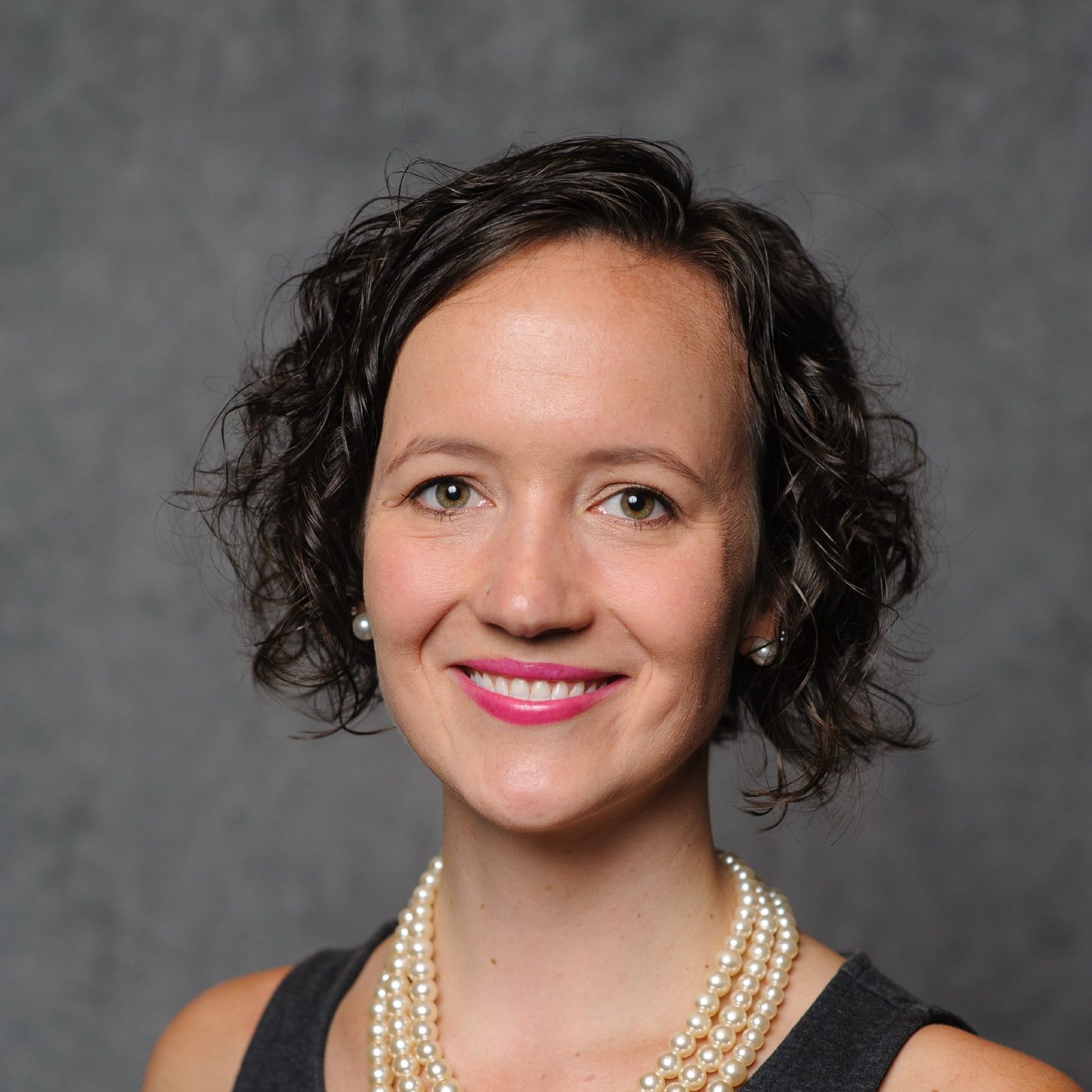 Emily Fine is the Director of Membership, Strategic Partnerships, and Operations at the Presidents’ Alliance. She has more than a decade of experience in higher education working on the issues that impact students’ ability to thrive on campus and beyond. She started her career in the classroom: before working at the Presidents’ Alliance, she taught English literature and college writing at multiple institutions of varying types and sizes, giving her a unique perspective on the challenges facing higher education today. Emily earned her Ph.D. in English literature and MA in English and Women’s and Gender Studies from Brandeis University, and her bachelor’s degree in English from William Jewell College. 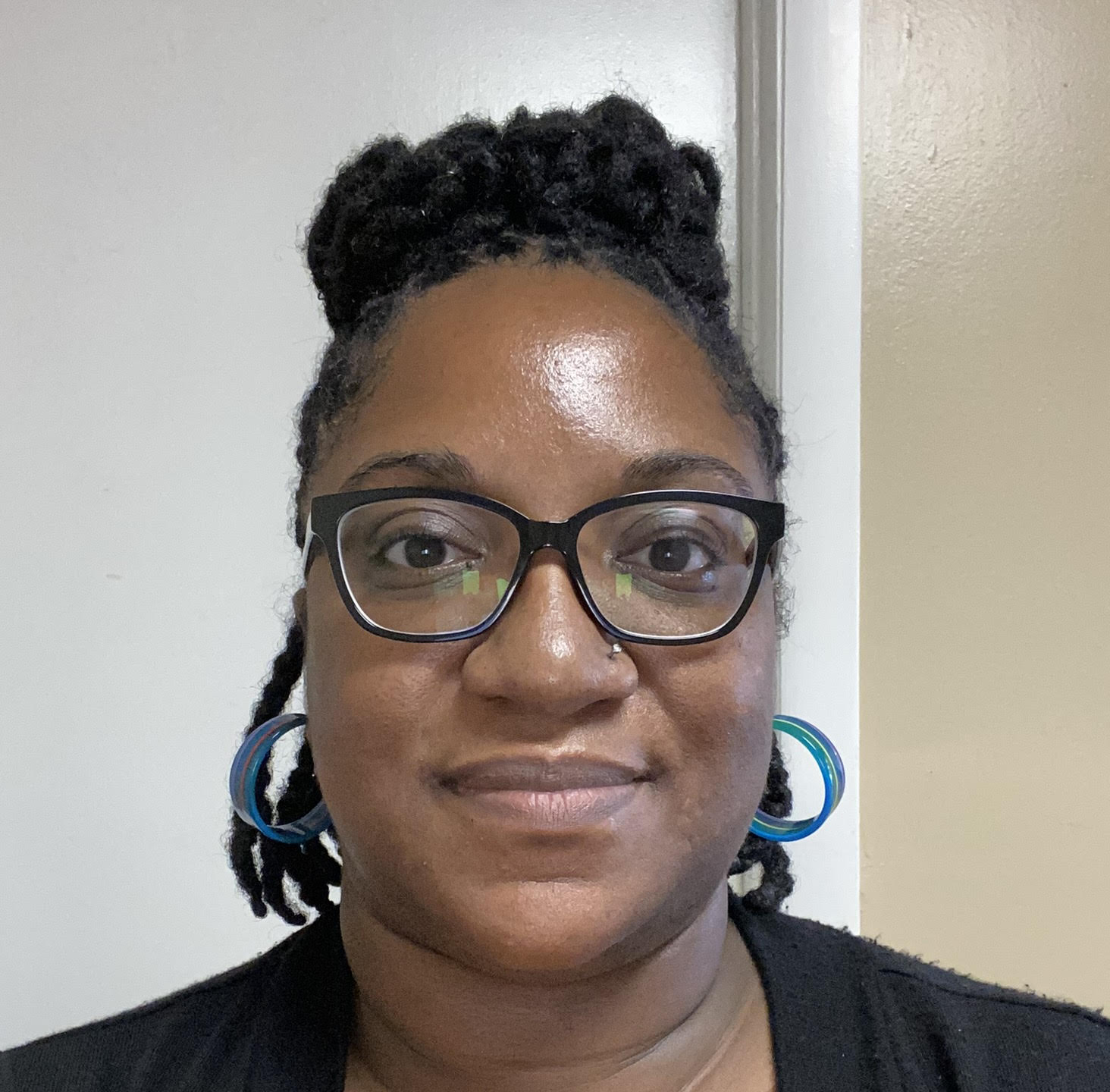 Cezanne Hayden-Dyer is a Project Associate with the Presidents’ Alliance. She has an Associate’s degree in Criminal Justice and a Bachelor’s Degree in Business Administration with a concentration in Human Resources from Miami Dade College. She wants to find new ways to help support the immigrant community, and contributed to the development of the Portal.
Email: cezanne@presidentsalliance.org

Led by Principal and Founder, Jose Magaña-Salgado, Masa Group is an immigrant and minority-led immigration consulting firm.  Masa Group and its staff provide federal policy and communications support to the Presidents’ Alliance. 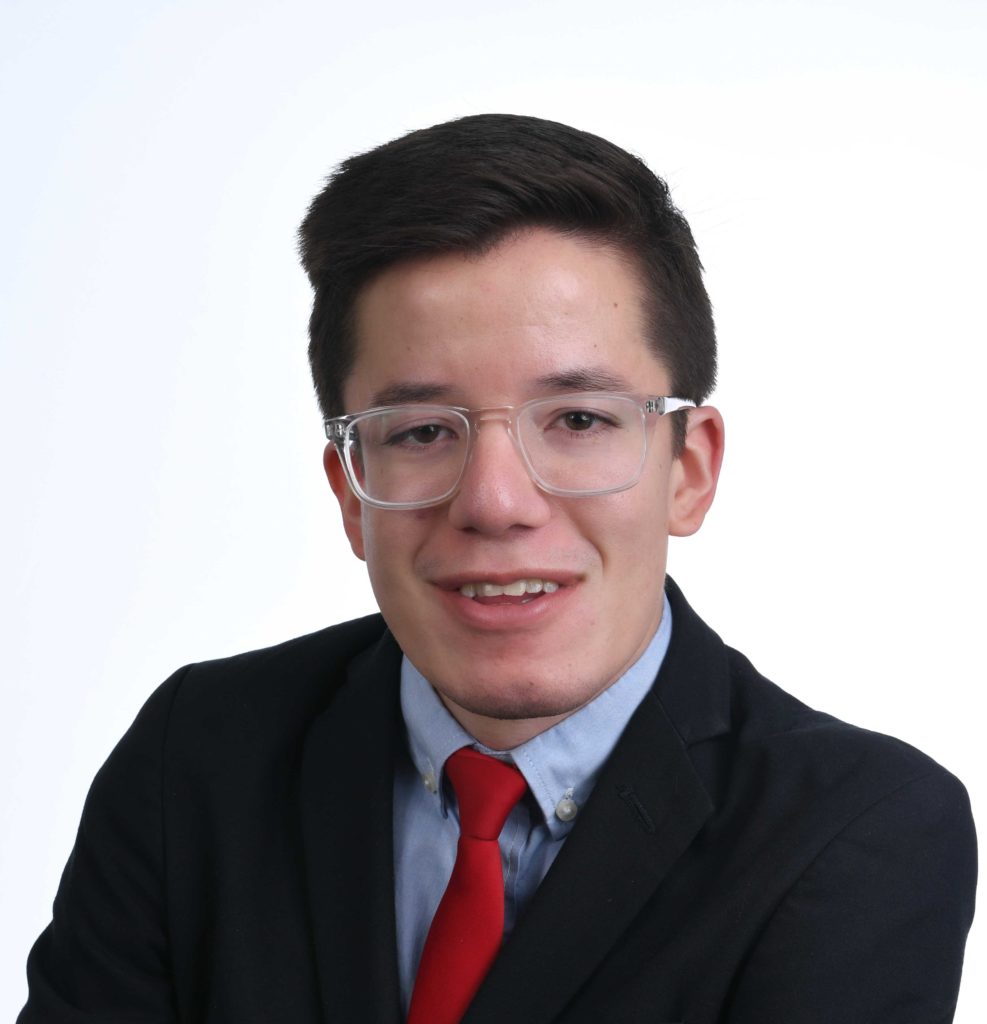 Christian Penichet-Paul is the Director of the Higher Ed Immigration Portal for the Presidents’ Alliance. Most recently, Christian was the Policy and Advocacy Manager at the National Immigration Forum. In that position, Christian oversaw multiple immigration-related policy issues. Christian’s expertise includes providing analysis on legislative proposals and federal immigration policies, developing strategic messaging and toolkit products, maintaining updated content and resources, and conducting legislative and administrative advocacy. Christian graduated from Texas State University and earned his master’s in American Government from Georgetown University. 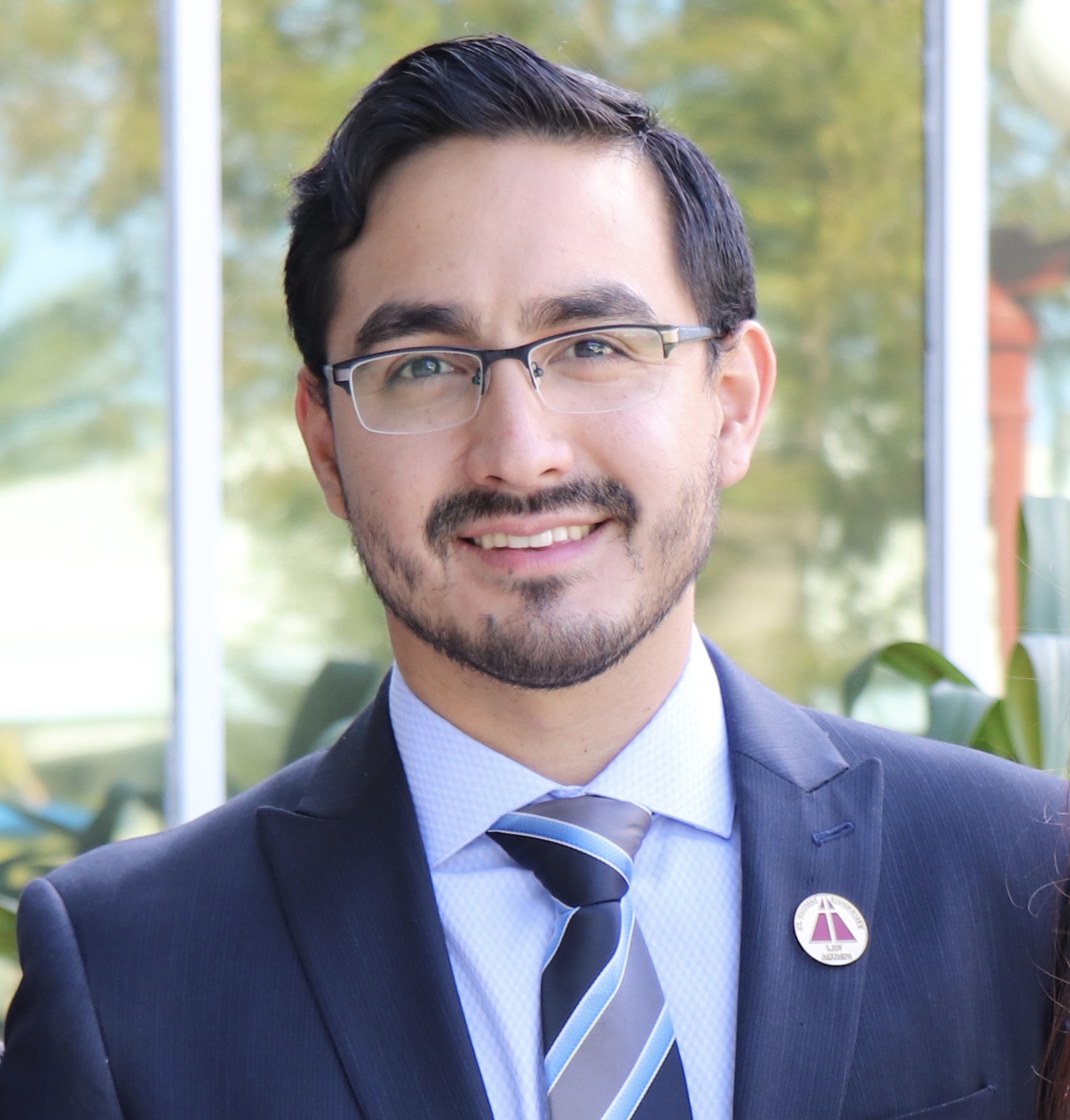 Diego Sánchez is the Director of Policy and Strategy for the Presidents’ Alliance, leading the development and implementation of the legislative and administrative policy agenda related to undocumented students and other immigrant populations. Prior to joining the Presidents’ Alliance, Diego led the Southern Poverty Law Center’s federal immigration portfolio. He is an immigration lawyer with over 10 years of experience in strategic advocacy for immigrant justice, including experience in state and federal immigration policy, immigration advocacy at the local, state, and national levels, and community organizing. Diego’s passions for immigrant justice and access to education stem from his personal journey as an undocumented college student and former DACA recipient. 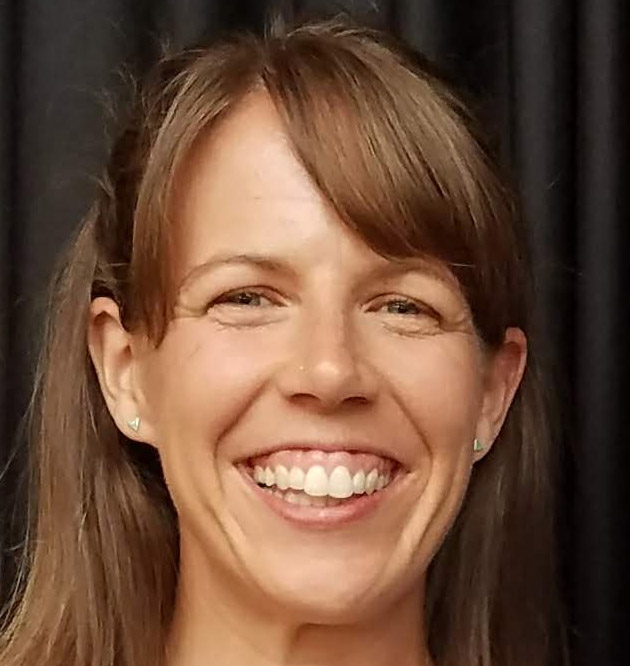 Laura Wagner is the Director of Refugee Access. Most recently, Laura was the Senior Program Officer for Integration at Lutheran Immigration and Refugee Service (LIRS) where she worked with a national network of refugee resettlement agencies to develop innovative and client-centered programs for refugee integration. Laura’s expertise includes refugee resettlement, education, and integration, program development, and project and grants management. Laura graduated from Bucknell University and earned her master’s in International Education Development from Teachers’ College, Columbia University. 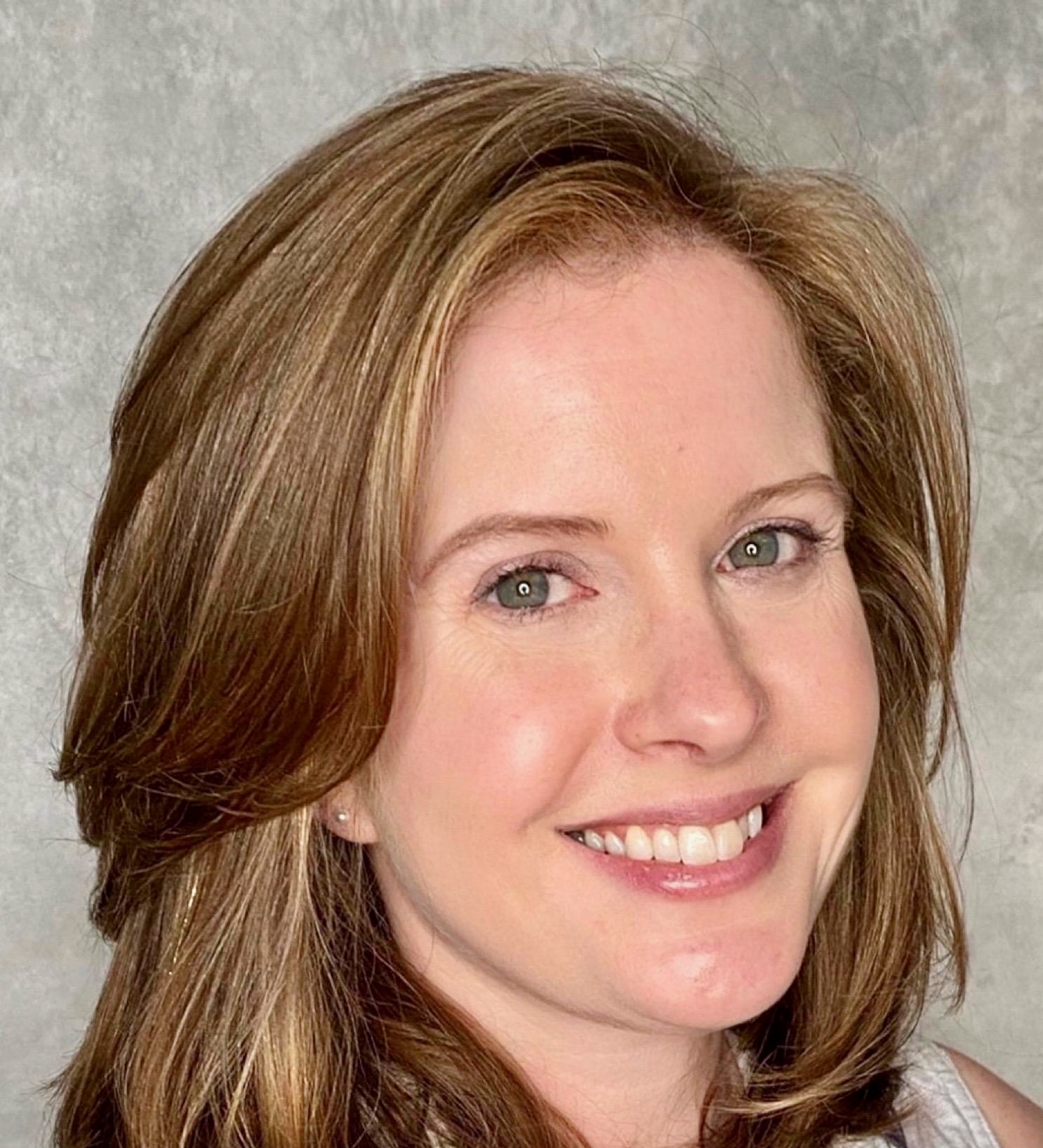 Jill Welch serves as Senior Policy Advisor to the Presidents’ Alliance on the international student and refugee learner issues. With more than two decades of experience advancing public policies that internationalize U.S. higher education, modernize the U.S. immigration system, and renew our democratic republic to advance for the common good for all, Jill specializes in public policy advocacy, strategic communications, public engagement, and public-private partnerships. She has served both inside and outside of government, most recently as Vice President of External Relations at the U.S. Institute of Peace and Deputy Executive Director for Public Policy at NAFSA: Association of International Educators. She holds a masters in public administration from American University and a BA in political science and French from Berry College. 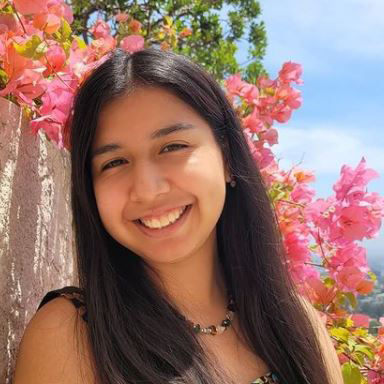 Maria Lopez Zamudio is serving as a Project Associate for the Presidents’ Alliance. She also serves as a full time Bilingual Educator. Maria earned her M.Ed with a concentration in Language and Culture and her B.A in Chicana/o-Latina/o studies with a Minor in Sociology from Loyola Marymount University. She has a Business Information Worker (BIW) Certificate, Associate of Science in Business Information, and an Associate of Arts degree. She has 10 years of experience working as an advocate to various under-represented communities including: adults and youth with physical and/or developmental disabilities, immigrants, first-generation students, transfer students, and the LGBTQ+ community. 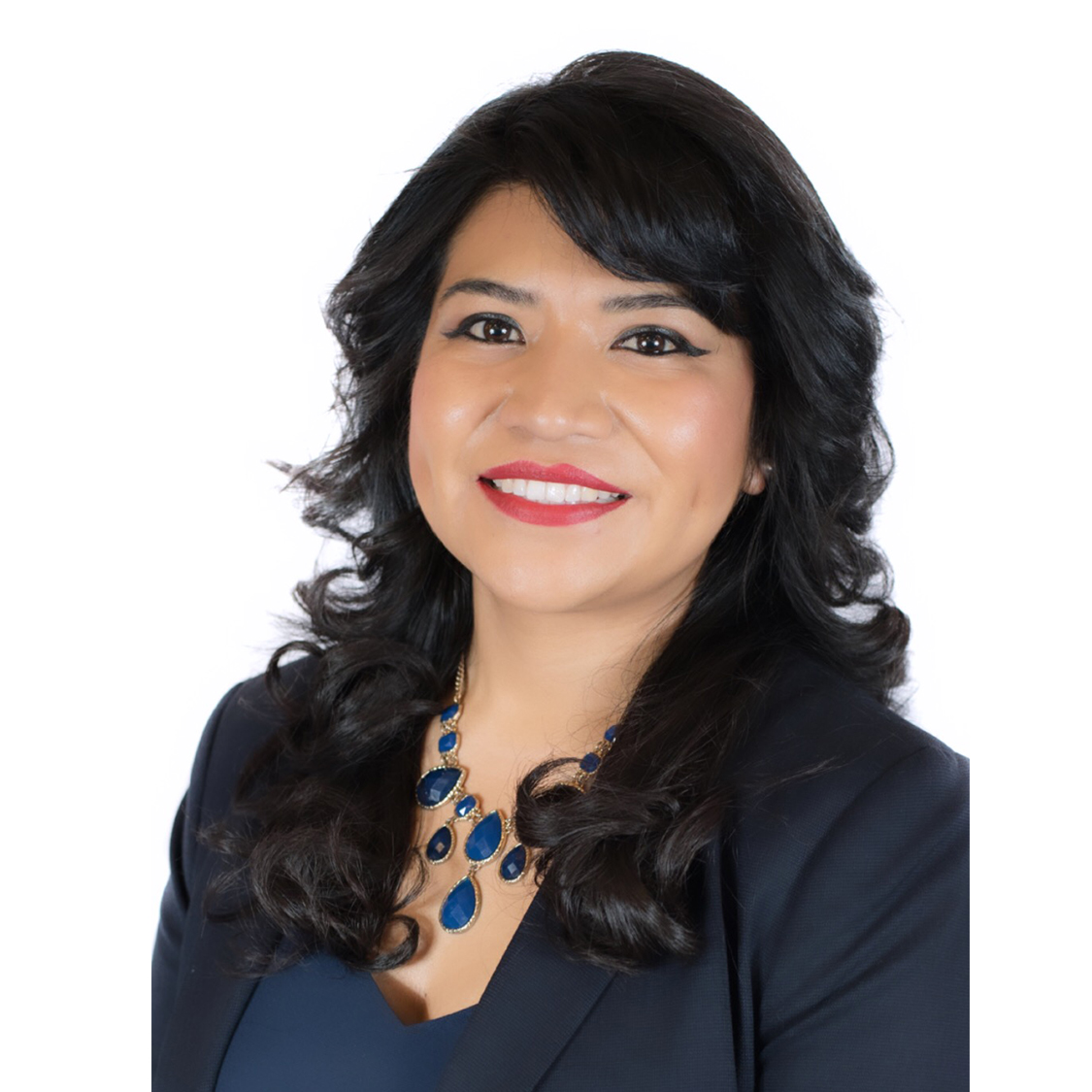 Ariana is serving as a Student Grad Fellow for the Presidents’ Alliance. Ariana is originally from Mexico City, Mexico. She began her educational journey at Santa Rosa Junior College and transferred to Sonoma State University where she obtained a Bachelor’s Degree in Sociology with distinction. She also holds a Master’s in Education with a focus on Higher Education from the Harvard Graduate School of Education (HGSE) and is currently pursuing a Ph.D. in Higher Education Administration and Policy at the University of California Riverside. In 2019, she was the recipient of the Latinx Amplifier award for her work advocating for the immigrant community in Boston, MA.

While a graduate student at Harvard, she worked in the Office of Student Affairs at HGSE as a Graduate & Inclusion Associate. After graduating, she joined the Immigration Initiative at Harvard as a Research Assistant and became a Teaching Fellow for the Contemporary Immigration Policy and Educational practice course. Ariana has more than 10 years of experience in higher education and in the non-profit sector. Her professional career is influenced by her own experiences navigating life and higher education in the U.S. as an undocumented and DACA recipient. In addition to being a doctoral student, Ariana is committed to guiding the next generation of leaders and has mentored many college and graduate students. She is passionate about issues pertaining to undocumented students, immigration, social justice advocacy, and access & retention of minoritized students in higher education. 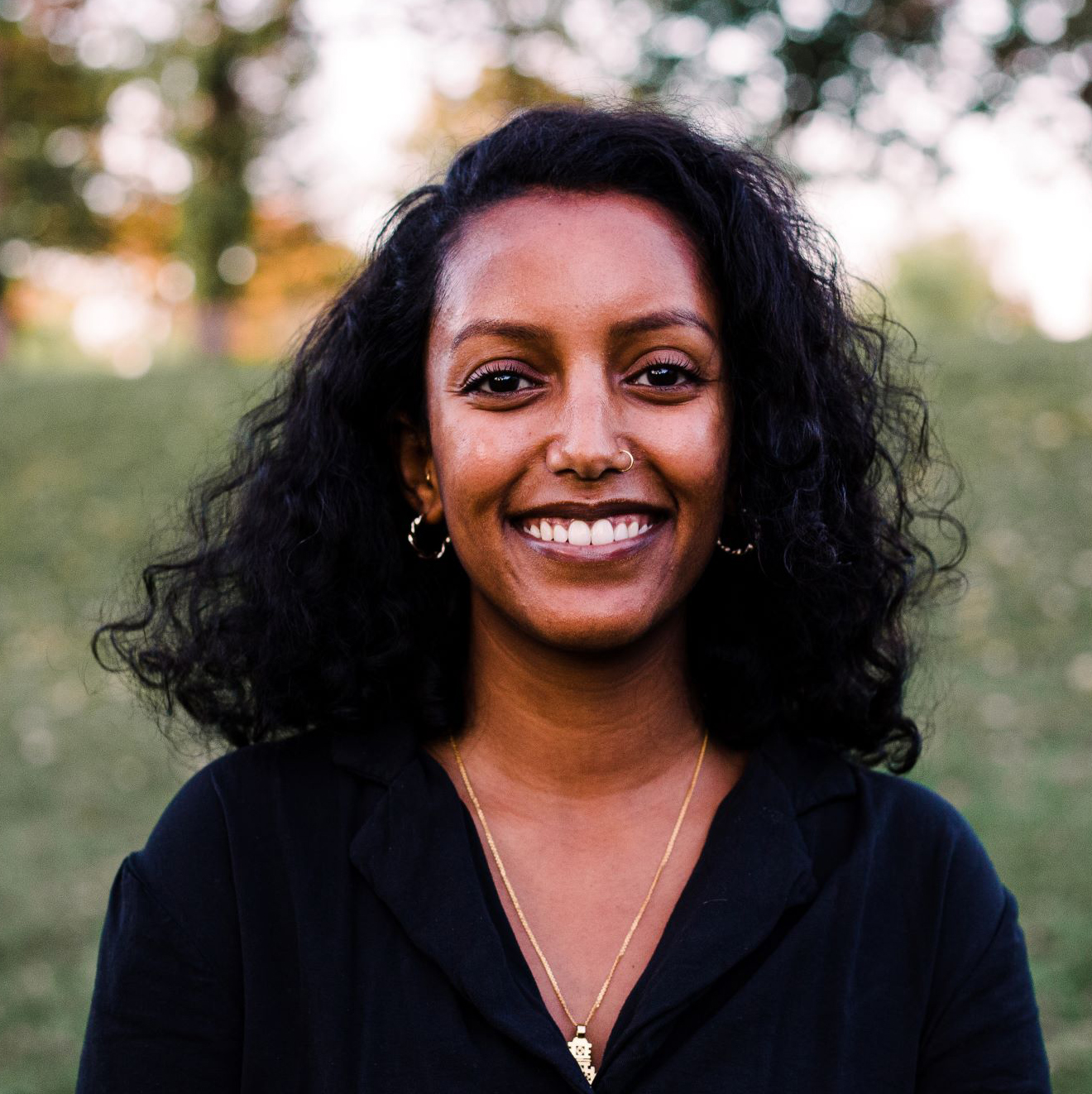 Selam Kubrom, Refugee Student Access Fellow
Selam Kubrom is originally from Asmara, Eritrea but has been living in Maryland since 2004. Selam completed her B.A. in Global Studies with a minor in Africana Studies and a certificate in Spanish from the University of Maryland, Baltimore County. In undergrad, she studied abroad in San Ramón, Costa Rica, focusing on global health and environmental science. After graduation, she worked in non-profit direct mail fundraising in Washington, DC, with a client portfolio that included Heifer International and Doctors Without Borders. She is currently pursuing a Master’s in Development Practice and conducted research throughout Kenya this past summer as part of her Field Experience. After graduating with her master’s degree, she hopes to work within community-led development programs in East Africa.
Tweet
Share
Share
Pin
0 Shares