The Presidents’ Alliance and Partners’ Education Week of Action for Dreamers!

The Presidents’ Alliance on Higher Education and Immigration, TheDream.US, and partners hosted a Higher Ed Dream Action Week last week to urge Congress to deliver on a bipartisan legislative fix for DACA recipients and other Dreamers. Without urgent action from Congress, hundreds of thousands of DACA recipients will be at risk of losing their protections, potentially being pushed out of the workplace, and cruelly separated from their families.

In both Washington, D.C. and virtually across the country, campus leaders and Dreamers from North Carolina, Texas, Arizona, Pennsylvania, and other key states shared with Senators, Members of Congress, and other elected leaders and stakeholders why it’s vital for Congress to work together during the lame duck session to pass a permanent legislative fix resolving Dreamers’ status. Among our many activities: 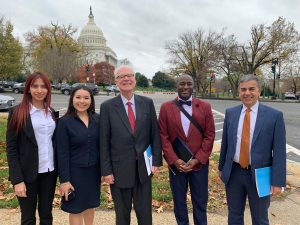 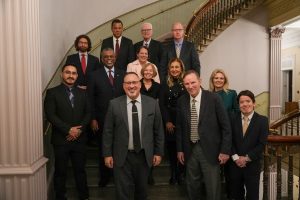 Presidents’ Alliance Members and Allies Engage in Additional Advocacy and Calls to Action. Throughout the week, individual institutions, organizations, and advocates called for Congress to protect Dreamers before the end of the year – sending letters, participating in a tweetstorm, and making their presence felt on social media (see a sampling of tweets below!).

If you want to learn how to join the powerful advocacy push on behalf of a bipartisan solution for Dreamers, find related advocacy materials HERE.